The spotted hawk swoops by and accuses me—he complains of my gab and my loitering. / I too am not a bit tamed—I too am untranslatable; / I sound my barbaric yawp over the roofs of the world. Walt Whitman, Song of Myself, Verse 52

The visual and auditory imageries arouse and astound the senses—spotted, hawk, swoop, complain, gab, loiter—enlivening the feeling of being ecstatically alive, acutely attuned to the sights and sounds of life.

Then, I am not a bit tamed. I am untranslatable. The statements give pause before inviting us to soar with the hawk screeching our “barbaric yawps,” not at some immeasurable altitude but near to earth, within hearing range just above rooftops.

When one pursues her path in her time in her way, she proclaims she has chosen to no longer be a mere aspect of the prescribed whole, but, rather, a solitary spirit soaring to the stratosphere of her potential.

Her yawp might be boisterous—I am woman, hear me roar—and barbaric: uncontained, uncivilized, and unnerving to those gripped in the grasp of their fears. But, instead, her yawp could be as subtly sublime as a poet’s words, profound, soft, muted, and dignified; but, nevertheless, pronounced in such a way that it reverberates and draws attention. The difference between a cascading cataract and still waters running deep. They’re both good.

You choose. It’s your song, the song of your soul, so play the medley the way you want.

Imagine you are a soul anticipating your birth and mapping out your prospective life. What would it look like? Would it be filled with nothing but sunshine, roses, fluffy powder on a bluebird day for skiing, and assorted other softness? Would it be harsh, filled with trauma, negativity, abuse, contusions of the psyche? Would it have a balance between challenge and fulfillment? If so, what would be the challenges; what would be the fulfillment? Would it…?

Meditate on that. The potentials are infinite and only you can plot that for your life. Journal on all of it and then put a lid on it. Let it stew, marinate. After having given it time and space, revisit it. Reconsider every thought. Touch up where necessary. Finally, compare it to the life you have led or, perhaps, continue to lead.

It’s not farfetched to consider the life you describe in your journal was the one you had anticipated before your birth. The song of your soul.

Work on the premise that it is. Are you satisfied with the way your life has played, is playing out? If so, good for you. You’re likely, though, in a tiny minority, for most choose not to follow their bliss, but opt, instead, to ignore or sacrifice it in the name of some ostensibly higher, more noble duty.

Are you disappointed with your life’s course, the choices you made? Frustrated at the way how your life seems to have lived you, as if controlled by some unintelligible forces, rather than you living it? Is your head filled with regrets and “what ifs,” as in “What if I had chosen to…?”

If so, you might be looking at a future filled with regrets and self-recrimination, which would be a pretty sad one.

Perhaps begin anew. First, recall the memory of your soul’s song. Hum a few bars. You might be off key, but that’s okay. Keep practicing. That’s what voice coaches are for. In this case, your coach might be a counselor, therapist, or confidante. Work with him or her as you would a voice coach. Up and down the scale. Then, practice, practice, practice each day it until you’re in tune. You will be astounded at the beautiful aria that bursts forth as you soar above the rooftops of the world. 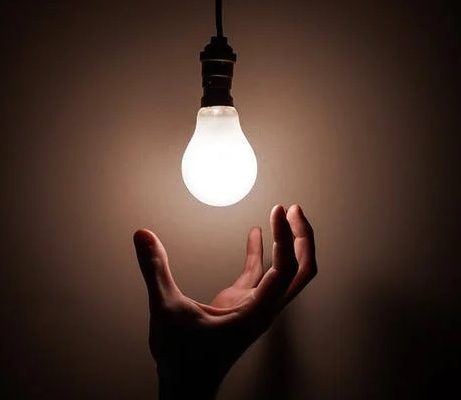